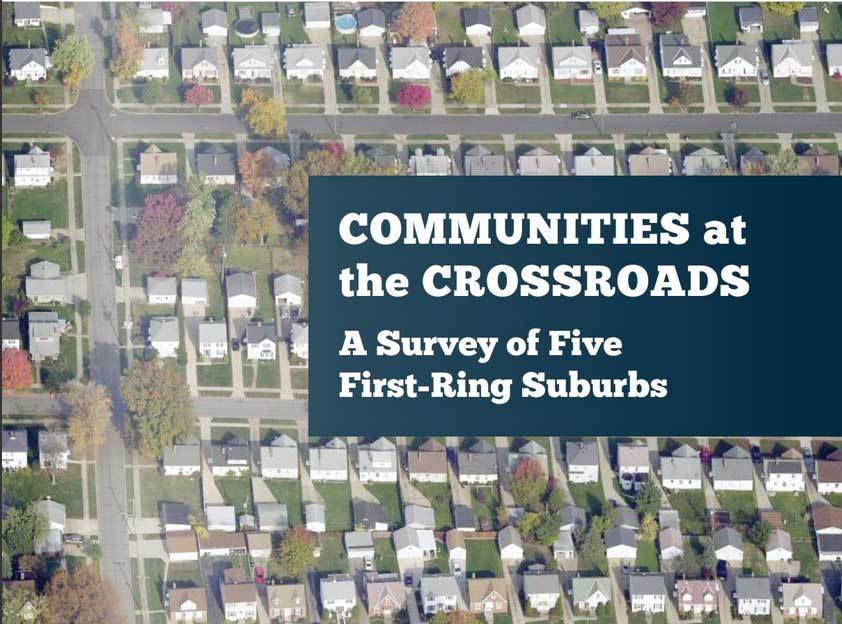 Communities at the Crossroads

Headed by Western Reserve Land Conservancy in partnership with Dynamo Metrics and Loveland Technologies, analysis of five of Cleveland’s first-ring suburbs – Euclid, Garfield Heights, Maple Heights, South Euclid, and Warrensville Heights – in the wake of the foreclosure crisis. The report examines housing market challenges and opportunities facing these communities, with property survey information analyzed alongside an array of other available property data.

Communities at the Crossroads: A Survey of Five First-Ring Suburbs

Western Reserve Land Conservancy's urban arm - Thriving Communities - has conducted property surveys of communities in Northeast Ohio since 2013.  The most significant survey was the 2015 Cleveland property inventory which provided a detailed look at the property conditions throughout the City of Cleveland, block by block and building by building - almost 160,000 properties in total.

The foreclosure crisis that devasted Cleveland for over a decade and the resulting "Great Recession" created thousands of vacant and abandoned buildings and exacerbated the already serious conditions in distressed Cleveland neighborhoods. While less publicized, the foreclosure crisis also had a detrimental impact in Cleveland's first-ring suburbs - communities that had suffered a decline from decades of out-migration and disinvestment. These suburbs also suffered vacancies, increase foreclosures, and declining property values. The 2015 Cleveland survey aided policymakers on the ground, assessing which properties were most distressed and candidates for demolitions, and which could be salvaged. This report provides the same opportunity for suburban policymakers.

Over the past several years, significant economic resources were made available to the City of Cleveland and the Cuyahoga County Land Reutilization Corporation (CCLRC), commonly known as the Cuyahoga Land bank.

Those behind the destructive real estate practices in Cleveland learned that the suburbs, in particular the first-ring suburbs, were fertile ground for speculation and faulty mortgages that came with that speculation.