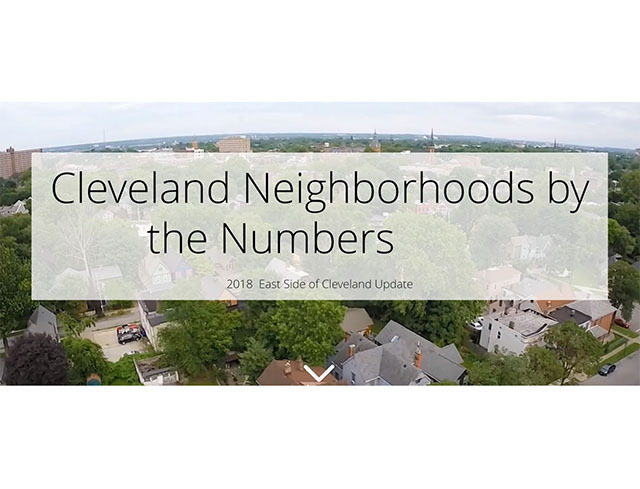 Western Reserve Land Conservancy surveyed every parcel in Cleveland in 2015 using the Loveland survey app. In 2018, they revisited more than 70,000 parcels on the east side, in order to see the impact of demolition funding during the past three years and analyze change over time in some of Cleveland’s hardest-hit neighborhoods.

In order to truly maximize the power of the 2015 inventory, the conditions of these structures and vacant lots need to be reassessed and evaluated. Though a complete resurvey of the City of Cleveland in 2018 was not possible, the Land Conservancy was able to update the data in 13 at-risk neighborhoods on Cleveland’s east side which included 78,000+ parcels in: Broadway-Slavic Village, Buckeye-Shaker Square, Buckeye-Woodhill, Collinwood-Nottingham, Fairfax, Glenville, Hough, Kinsman, Lee-Harvard, Lee-Seville, Mount Pleasant, St. Clair-Superior, and Union Miles.

We recognize that there is no quantifiable way to adequately describe or evaluate neighborhood conditions, but with the continued efforts to stabilize the housing market, these neighborhoods provide critical insight into how the city continues to deal with population loss and a diminished demand for rapidly-aging housing.