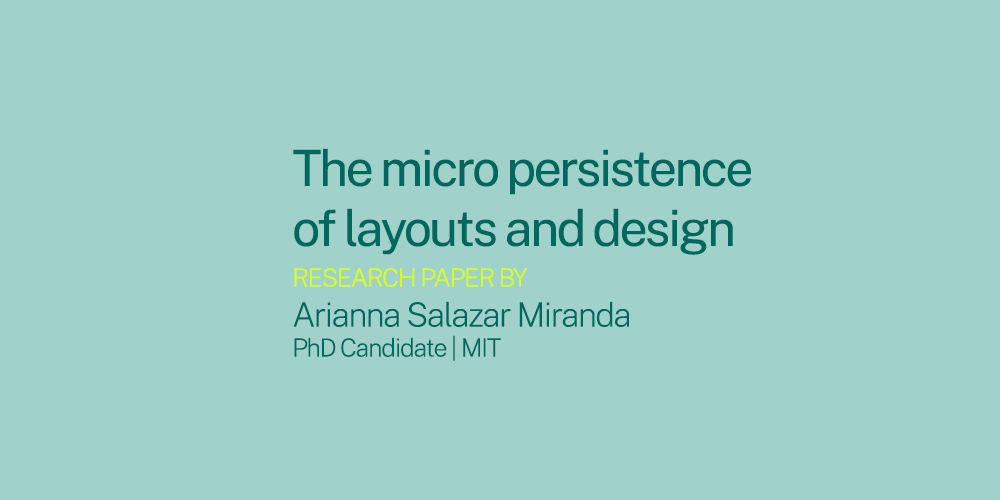 The micro persistence of layouts and design

This paper was originally published by the Regional Science and Urban Economics journal.

Title: The micro persistence of layouts and design: Quasi-experimental evidence from the United States Housing Corporation.

Back in 2020, as a part of our "Data with Purpose" program, we provided our nationwide parcel data to MIT researcher - Arianna Salazar Miranda for their research on micro-persistence of layouts and design in neighborhood & urban planning. Arianna used our standardized, multi-dimensional land use code classification to calculate the share of residential uses in each USHC neighborhood.

"The land use data obtained from Regrid was instrumental for my work. It allowed me to document with great detail the activities happening in each neighborhood. Moreover, by leveraging the standardized land use classification system, I was able to compare the land use of parcels across different locations throughout the US."

ABSTRACT
Neighborhood plans have been a crucial tool used by urban planners to control developments' type and character. This paper examines whether the initial plan of neighborhoods and their design features have a causal and persistent effect on a neighborhood's physical form. I explore this question in the context of the United States Housing Corporation—the first large-scale urban planning housing initiative in the United States. I show that the plans introduced by the USHC persisted and continue to influence the structure of neighborhoods today. To disentangle the role of location fundamentals (e.g., geography) from the causal effect of plans, I exploit a sharp natural experiment where I compare USHC neighborhoods that were planned but canceled with others that were planned and constructed and show that this persistence is causal and reflects the path dependence of plans. I then decompose plans into their design features and show that the configuration of blocks and the street layout persist via path dependence and are, therefore, characteristics that urban planners can influence in the long-run. Finally, I discuss potential mechanisms and provide suggestive evidence pointing to the role of coordination failures in generating path dependence.