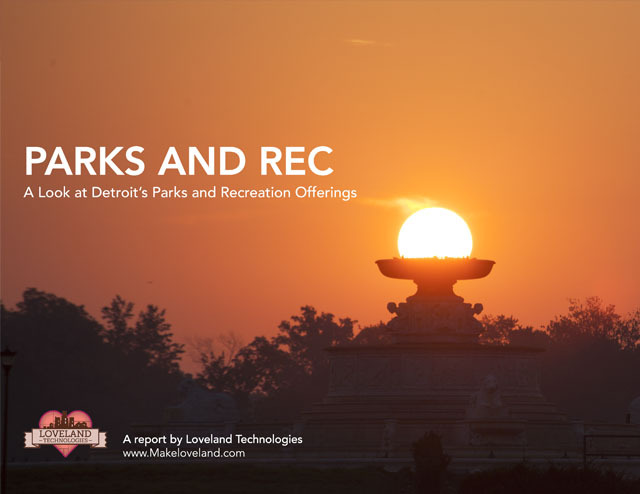 Parks and recreation areas make up some of Detroit's greatest assets. Parks comprise over 4,700 acres of land in the city and provide a pause from the otherwise concrete urban jungle. Over the summer of 2015, Loveland surveyors visited over 300 of these parcels located throughout the city. Our goal was to take a look at Detroit's park and rec offerings and the ways in which they could be improved. We collected information about the parcel's condition, the types of activities offered, maintenance as well as other topics of interest. Then, we were able to use the data that our team collected to make observations about the function and funding of Detroit's parks and recreations department.

Our findings show that recent increases in funding and support have resulted in improved maintenance of these parks and recreational facilities. The Detroit Parks and Recreation Department experienced severe budget cuts between 2005-2013 during which time, many parks fell into disarray. The lack of maintenance that followed is now being undone --  approximately 90% of the city parks we surveyed are in Good or Fair condition. This would appear to be an improvement over the state of things a mere few years ago.

And though the city of Detroit still faces some challenges in maintaining its plethora of parks, great improvements are being made. These innovations positively impact not only the communities they serve directly but also the city as a whole. It's exciting to watch money invested effectively into improving our infrastructure. Outdoor spaces provide spaces to gather and connect with our neighbors, soak up the sun, and exercise. Hopefully, in the upcoming years, we continue to see this sort of positive improvement in our outdoor community spaces.

Check out all of Loveland's findings in the report, or explore the full results in the Site Control map below. 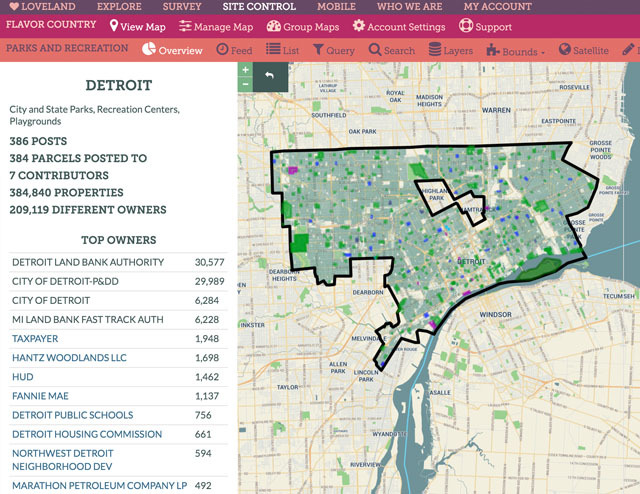